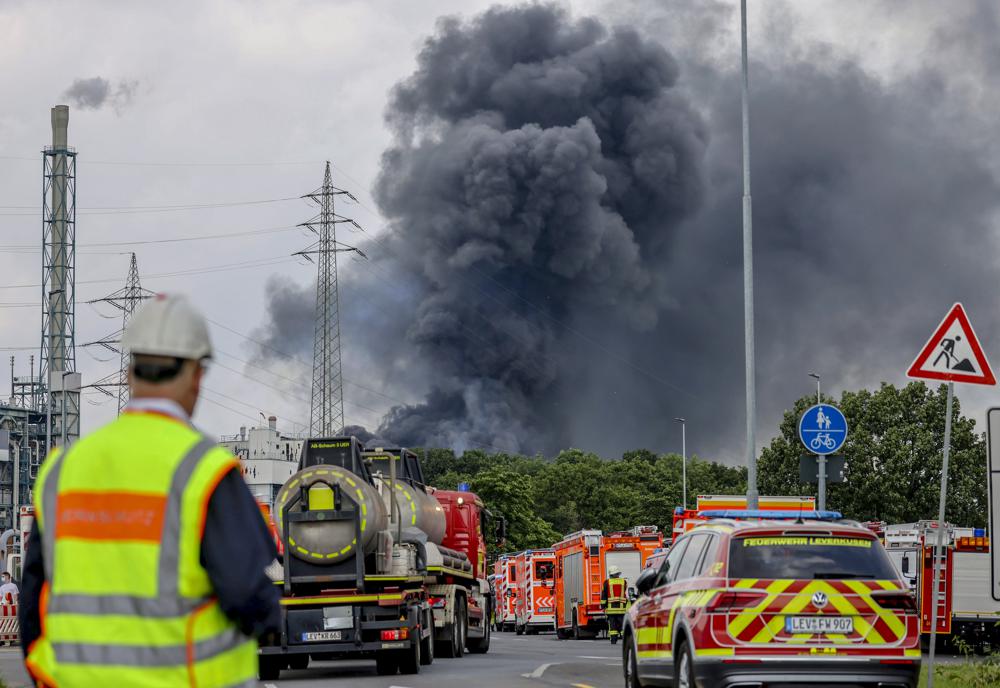 Two workers have been confirmed dead after an explosion at Chempark Leverkusen in Germany at around 09.40 on 27 July and a subsequent fire in the tank farm of the Bürrig disposal centre that sent a blanket of smoke across the city and was heard 40 kilometres away. The tanks were used to store liquid solvents awaiting incineration.

At the time of writing a further four people were missing and 31 were injured, two seriously. All those affected were workers at the site.

Power supplies were temporarily shut down, while some 300 firefighters prevented the fire from spreading to another tank that contained toxic waste and then put it out. In all three, tanks were destroyed. All of the employees left the site and residents were told to stay indoors and turn off air conditioning systems.

The site was made secure again later in the day and operations have now resumed, according to Currenta, which manages the site. By the end of the day, pollution levels had returned to normal.

Chempark head Lars Friedrich told reporters that the cause of the explosion was not yet known. “Solvents were burned during the incident, and we do not know precisely what substances were released. We are examining this with authorities, taking samples,” he said. However, it appears that initial fears that the cloud of smoke might contain seriously toxic chemicals was unfounded.

Over 30 companies have operations at Chempark, including Bayer, Lanxess, Evonik, Covestro and Arlanxeo. Bayer and Lanxess owned Currenta until 2019, when they sold it to Macquarie Infrastructure and Real Assets for €3.5 billion. Leverkusen itself had been badly affected by flooding only a few weeks before.